In the late sixties and the early seventies of the last century, right after the decision of the Vatican Counsil in Rome to innovate the catholic liturgy, Joannes Peters started collecting attributes.

As a young acolyte he allready was fascinated by all the pump and circumstance in churches and chapels. After his study at the franciscan gymnasium he discovered a few old statues in a loft place of a monastic church. After a long talk with the abbot he got them for 100 guilders. From this moment Fluminalis had been born. In his old car and with a small trailer the teacher travelled through the Netherlands. From a church here he came in contact with a monastery there. He visited Spain three times a year, went weekly to England and France and was a wellknown man in catholic Belgium.

In 1981 he bought his own monumental mediaeval church in Horssen - Holland, which was totally restored over many years: he did use it as his first exposition-building. Nowadays Fluminalis resides in a large factory which is converted into a religious paradise..... Many inventories have been bought by Fluminalis, which name means: "near the stream" . Between two rivers (Maas & Waal) the company blooms as never before.

Since 1972 Fluminalis - as first company in Europe - has been buying complete church-inventories and material & items from demolished religious buildings.

51 Monasteries in Holland, Belgium and France were totally cleared by Fluminalis; 26 big churches and 81 chapels did sell their complete inventory to Fluminalis;  from 231 religious buildings Fluminalis bought  greater parts of the inventory.  From 39 church-towers Fluminalis removed 87 bells........... 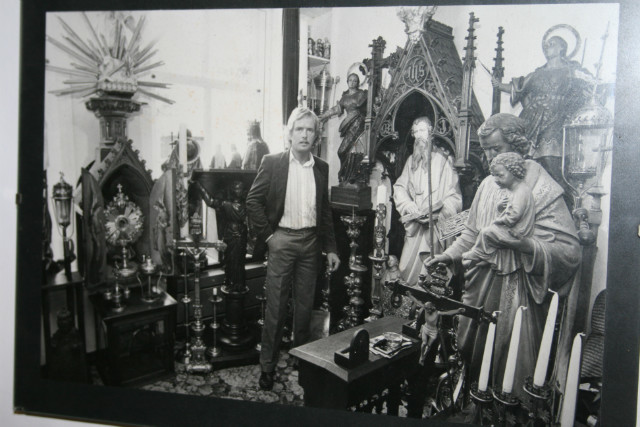 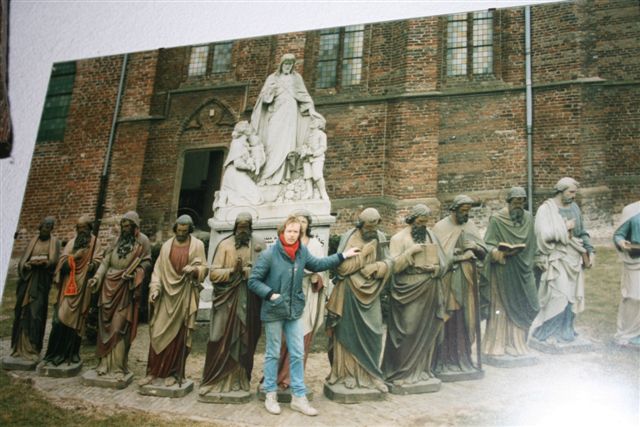